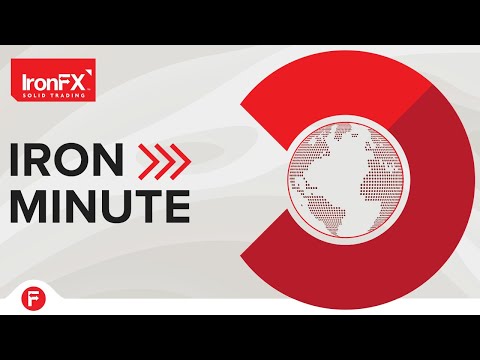 I've been working on a bot for crypto subs like /r/bitcoin for a few days now. Say hello to crypto_bot!

Hey guys, I've been working on crypto_bot for some time now. It provides a bunch of features that I hope will enhance your experience on /bitcoin (and any other subreddit). You can call it by mentioning it in a comment. I started working on this a few days ago. I'm constantly adding new features and will update this post when I do, but if you're interested I'll post all updates and some tips at /crypto_bot. Please either comment here, message me, or post there if you'd like to report a bug, request a feature, or offer feedback. There's also one hidden command :)
You can call multiple commands in one comment. Here's a description of the commands you can use:

Responds with a short description about [arg], as well as a link to an external site (Wikipedia, bitcoin.it, and some others) for more information. You can list multiple arguments and get a description for each. Available arguments: bitcoin, block chain, transaction, address, genesis, satoshi, mining, confirmation, coinbase, gox, cold wallet, hot wallet.
Responds with a chart about the legality of bitcoin in 40 countries, copied straight from Wikipedia.
Responds with an explanation of why transactions may take longer to confirm (the bot specifically discusses spam-transaction attacks in this command).

Responds with calculations and information about how a miner would do with the above data (mining calculator). The only required field is mining speed. Order of the arguments does not matter. Everything other than hashrate defaults to the following if not given: w (watts): 0, kwh ($kilowatt cost/hour): 0, difficulty: current network difficulty, hc$ (hardware cost): $0, $: current bitcoin price in usd (according to Coinbase), % (pool fee): 0. The calculator does not account for nor allow for input of the increase/decrease of difficulty over time, though I may add this feature soon. Working hashing speeds: h/s, kh/s, mh/s, gh/s, th/s, ph/s.
Example usage: "crypto_bot calc 30th/s 10w .12kwh hc$55 1.5%" (to make it easier to remember, th/s can also be inputted as ths). This calls the bot with a hashrate of 30 th/s, electricity usage of 10w, a cost of $.12 kWh, a hardware cost of $55, and a pool fee of 1.5%.
Responds with the number of bitcoins you could buy with <$amount to convert>. If the comment specifies a [bp$bitcoin price], it calculates it with that exchange rate. Otherwise, it uses the rate from Coinbase.
Example usage: "crypto_bot $419.29 bp$180.32" This calculates how many bitcoins you can buy if you have $419.29 and the bitcoin exchange rate is $180.32.

Signs a message in the bitcoin block chain in a transaction using OP_RETURN. The message must be less than 40 characters.
Example usage: "SignMessage! "Post messages in the block chain!""
 I hope you find this bot useful! Again, if you have any questions or comments, please either comment on this post, message me, or post on /crypto_bot.
Update 1 (June 24, 2015, 17:35): The bot now responds with information if you post a link to a block, transaction, or address on Blockchain.info in a comment, even if you don't call it. For example, if I wrote "https://blockchain.info/block/0000000000000000126448be07fb1f82af19fbbf07dd7e07ebcd08d42c2660cb" in a comment, it would respond with information about block #362,377.
Update 2 (July 10, 2015, 1:59): The bot now has two additional commands: "unconfirmed transactions" (or "unconfirmed tx") and "explain transaction delay" (or "explain tx delay"). The first command responds with the number of unconfirmed transactions, and the second explains why transactions might take extra time to confirm.
Update 3 (August 24, 2015, 1:34): The bot now responds in a better way than before when transaction ids or addresses are posted. Before, it only responded when the transaction id or address was used in a link to Blockchain.info. Now the bot will respond whenever a transaction id or address is posted at all; a link to Blockchain.info is no longer necessary.
Update 4 (August 27, 2015, 3:00): The bot can now sign messages in the Bitcoin block chain using OP_RETURN.

Stocks in Europe faded early gains and S&P futures fell after a mixed session in Asia as chip stocks were taken to the woodshed on poor guidance from Nvidia and Applied Materials sparked fears that the chip bull run is over, while investors wondered whether China and America can de-escalate their trade war after mixed signals by US officials just days before the G-20 summit.

The euro failed to rebound while the sterling halted its biggest drop in 2 years after some of the most dramatic 24 hours yet in the Brexit process and another turbulent week for world markets. With reports of a UK leadership coup still rife and fear that the country could crash out of the EU without an agreement, cable struggled to rise above $1.28.

Meanwhile traders around the world were waiting for an outcome from the ongoing Brexit saga: “If and when a vote on the withdrawal agreement occurs is uncertain. Whether the withdrawal bill is passed by both houses of Parliament is uncertain,” Joseph Capurso, a senior currency strategist at CBA, said in a note. “Whether the Prime Minister resigns or is challenged for the leadership is uncertain. And, whether there is a second referendum and/or an election is uncertain.”
Fears over political turmoil in the UK and Italy dragged Europe's Stoxx 600 back into the red, set for its first weekly drop in three, trimming Friday’s gain as AstraZeneca's drop weighed on the gauge after a cancer-drug setback while telecom names were outperforming. Utilities started the session lower in the wake of yesterday’s ECJ decision which deemed the UK’s scheme for ensuring power supplies during the winter months as a violation of state aid rules. Other individual movers include Vivendi (+4.2%) sit at the top of the Stoxx 600 after posting impressive Q3 sales metrics and announcing a potential sale of part of their Universal Music Group division. Elsewhere, AstraZeneca (-2.3%) and Shire (-1.3%) have been seen lower throughout the session after both posting disappointing drug updates.
Not helping sentiment, ECB head Mario Draghi said the bank still plans to dial back its stimulus at the end of the year, but acknowledged the economy had hit a soft patch and inflation may rise more slowly than expected. “If firms start to become more uncertain about the growth and inflation outlook, the squeeze on margins could prove more persistent,” Draghi told a conference.
Earlier in the day, Asian shares ended the session in the red (MSCI Asia -0.2% to 151.52), led lower by declines in Japan, even as China and Hong Kong rose after initial reports the United States might pause further China tariffs were denied by Commerce Secretary Wilbur Ross who damped hopes of any imminent trade deal with China. The Nikkei fell 0.6% pressured by a drop in the USDJPY after China Mofcom began an investigation into alleged dumping of machine tools by Japanese firms. The Hang Seng (+0.3%) and Shanghai Comp. (+0.4%) swung between gains and losses after continued liquidity inaction by the PBoC which skipped Reverse Repos for a 16th consecutive occasion.
S&P futures were hit on fresh slowdown concerns, this time out of the semiconductochip space, after Nvidia gave a dire sales forecast, projecting a 20% drop in revenue while a disappointing outlook from Applied Materials indicated the chip industry is holding off on expansion plans in the face of a murky outlook for electronics demand. The chipmaking sector saw another bout of selling in Asia, wiping at least $11.2 billion in market value amid signals that demand for servers, personal computers and mobile is falling.